What are you looking for?

How to make your own
Triangular Balanced Contact Microphone 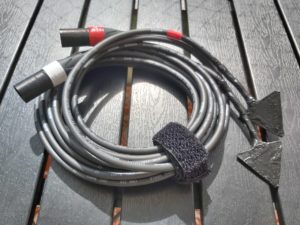 This is a DIY alternative without needing an impedance converter.

If you don´t feel like building it yourself, you can go buy high quality contact microphones from Jez Riley French (and make sure to get some impedance converters too). 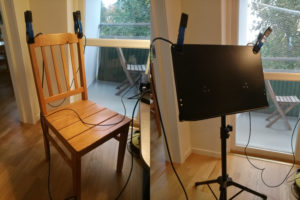 From my experiments I have found out that triangular shaped piezo discs have a flatter response curve with less pronounced ringing in the mid and picks up lower frequencies.

The bigger the better, I bought the biggest piezo element which I could find.

Get lavalier microphone cable if you can. Because its really thin it transmits less vibrations through the cable (handling noise).

Epoxy creates a strong bond and gets hard which is better for transmitting the vibrations to both discs.

Silicone is easier to manage but is softer and might make the sound duller.

For the microphones I show here I have used hot glue, which is messy and hot (burns your fingers) so I would recommend either epoxy or silicone. Also it does not withstand heat that well (if you wanna record some hot sounds).

For covering the finished product, it’s a nice touch for looks and also for electrical insulation so you don’t fry your recorder if you touch something charged with electricity. Also used for covering the solder joints and wires without affecting the sound.


Cut the piezo elements into triangles with tin snips. I’ve kept track on which is the “front” so that I can connect the blue wire to that one so that both microphones are in phase.

Divide the shield in two strands (one for each pizeo disc) and insulate the shielding so it does not accidentally touch any part of the ceramic white disc. This can be done by painting the exposed shielding strands with liquid electrical tape.

(I’ve tried heat-shrink tubing and the problem is that it does squeak if you bend them which can ruin the recording. Also in this photo I used vulcanized tape but liquid electrical tape is better).

Prep the microphone cable for soldering by pre-tinning them. 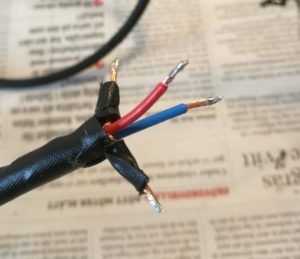 Then solder the blue wire to the “front” the red to the “back” and the shielding to the metal diaphragm. 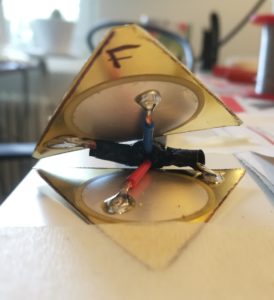 Use masking tape to cover the outside of the piezo element and the cable from getting any epoxy (or silicone) on them. This is a photo from the later build of my fine filler contact microphones.


Then put epoxy (or silicone) in between the discs, press them together and let it cure. Make sure that the two sides do not touch. If you want you can paint the joints with liquid electrical tape.

I have not tried this with epoxy yet, but If you do, you’d need some kind of mold to cast it in because it’s quite runny.

Here I have removed most of the hot glue residue from the outside with a knife. Next time I’ll use epoxy instead (and also tape the sides with masking tape).

Then paint the microphones with liquid electrical tape and mark the “front side” with some visual marking.


I also tried making a pair of fine filler (two component plastic which hardens slowly), but which (as I later found out) is not as adhesive enough. 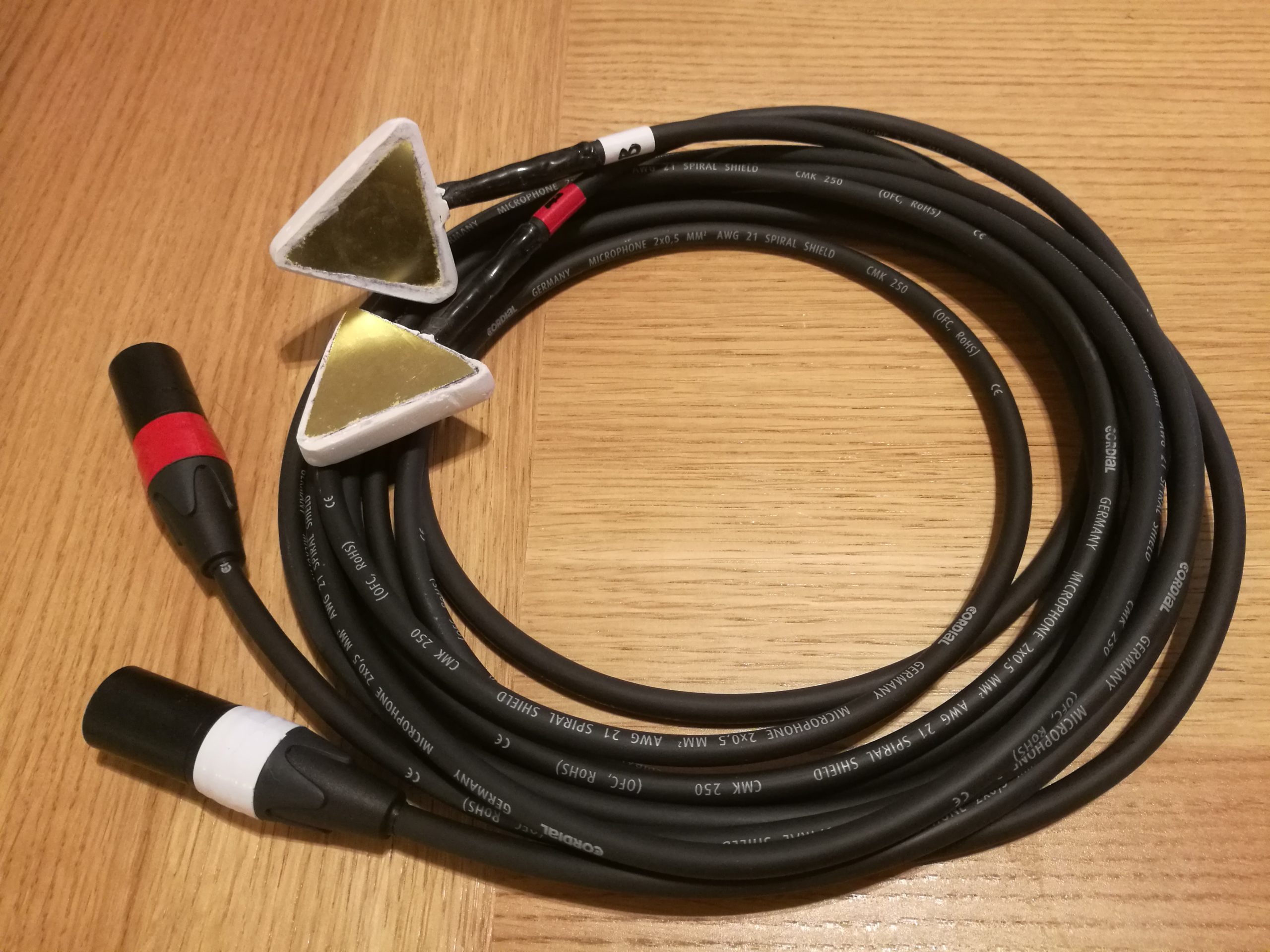 While I waited for the delivery, I tried them out by clamping them and putting adhesive on, but the adhesive was so sticky it broke one of them when I tried to remove it.

From what I’ve read later I have heard that fastening the microphones with just clamps/clips and electrical tape. I think the liquid electrical tape I put on later is enough of a “soft layer” so it’ll stick better to surfaces with just a clamp/clip and not “jar”.

I also did one with vulcanized rubber on, but it damped the sound too much for my taste. The liquid electrical tape is the best final coating layer I tried. 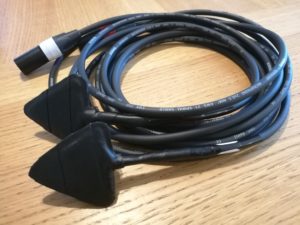 Hope you all can learn a bit from my trials and make some great microphones yourselves!